What is Music Arrangement?

Arrangement, in music, traditionally, any adaptation of a composition to fit a medium other than that for which it was originally written, while at the same time retaining the general character of the original. The word was frequently used interchangeably with transcription, although the latter carried the connotation of elaboration of the original, as in the virtuosic piano transcriptions of J.S. Bach’s organ works by Franz Liszt, the Italian composer-pianist Ferruccio Busoni, and others. In later times the definitions were almost reversed, with arrangement connoting musical liberty in elaboration or simplification. In popular music and jazz, the word is often used synonymously with “score.” 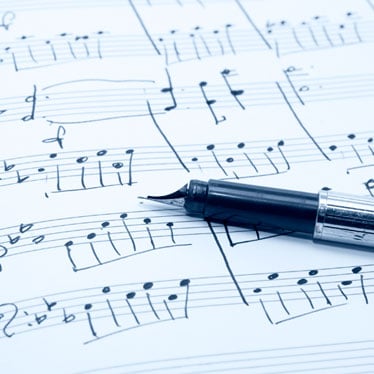 When performers approach a piece of music, they must decide how they’re going to interpret it. The notes may be there on the page, but a lot artistically has to happen for those notes to come into life.  A music arranger is often an integral part of this artistic process.

A music arranger can work with a single musician or a full orchestra plus choir and conductor. Obviously, the more parts involved in performing a composition, the more complex the job of the music arranger. However, in every case, the music arranger is there to specify the exact requirements of how and when each note of the piece will be played by each performer.

The music arranger answers such questions as what instruments will be used, what tempos to be used and when they change, how the melody gets harmonized, where the embellishments and flourishes should be made and where they shouldn’t. These are just some of the musical and artistic choices the music arranger makes.

Page load link
We use cookies on our website to give you the most relevant experience by remembering your preferences and repeat visits. By clicking “Accept”, you consent to the use of ALL the cookies.
Do not sell my personal information.
Cookie SettingsAccept
Manage consent

This website uses cookies to improve your experience while you navigate through the website. Out of these, the cookies that are categorized as necessary are stored on your browser as they are essential for the working of basic functionalities of the website. We also use third-party cookies that help us analyze and understand how you use this website. These cookies will be stored in your browser only with your consent. You also have the option to opt-out of these cookies. But opting out of some of these cookies may affect your browsing experience.
Necessary Sempre abilitato
Necessary cookies are absolutely essential for the website to function properly. These cookies ensure basic functionalities and security features of the website, anonymously.
Functional
Functional cookies help to perform certain functionalities like sharing the content of the website on social media platforms, collect feedbacks, and other third-party features.
Performance
Performance cookies are used to understand and analyze the key performance indexes of the website which helps in delivering a better user experience for the visitors.
Analytics
Analytical cookies are used to understand how visitors interact with the website. These cookies help provide information on metrics the number of visitors, bounce rate, traffic source, etc.
Advertisement
Advertisement cookies are used to provide visitors with relevant ads and marketing campaigns. These cookies track visitors across websites and collect information to provide customized ads.
Others
Other uncategorized cookies are those that are being analyzed and have not been classified into a category as yet.
ACCETTA E SALVA
This website uses cookies and third party services. Impostazioni OK
Torna in cima